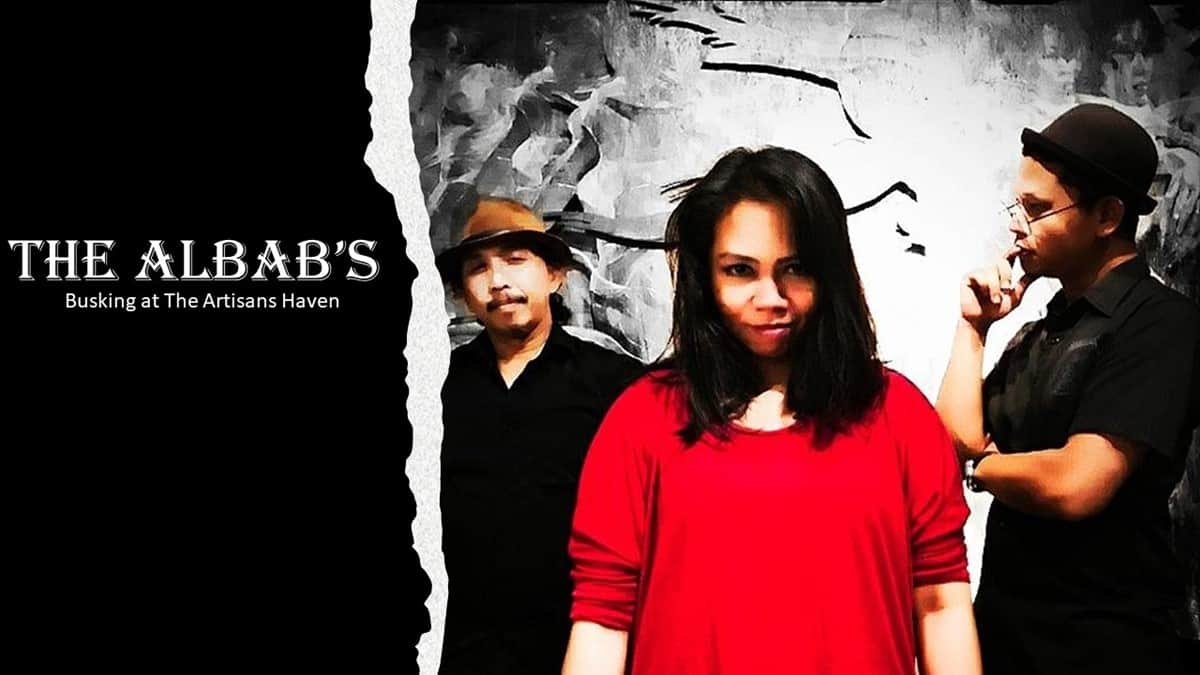 Like the performance. Get a remembrance - a signed digital token of appreciation from The Albab's. Sent via email.

Connect with The Albab's via Facebook by clicking "FIND OUT MORE" below.

From the beginning of civilization up until this very day, music has always been considered as a source of endless inspiration and entertainment for society. In fact, many might even consider music to the soul what food is to the stomach – an absolutely essential part of life. Meet The Albab’s, a small group of buskers who are truly passionate in what they do - not only do they sing beautifully and make incredible music, but in the recent trying times, they have also managed to improvise, adapt and overcome the challenges faced and still share their music with the world.

Comprised of three musicians, Syed, Liz and Bob, The Albab’s is a relatively new project formed during the pandemic. Started by husband-wife duo Syed and Liz, The Albab’s was ideated as an alternative to busking during the quarantine period – instead of performing live music to a physical crowd, they would be performing live to an audience through an online platform, namely the social media giant Facebook. The band was later joined by Bob, thus creating The Albab’s as we know them today.

Despite only recently forming The Albab’s, the trio of musicians have actually been making music for over a decade. Since the ‘90s, Syed and Bob were both part of a band called Nitrus, under which two albums of original music were released, whereas Liz has been a professional pub singer since 2005.