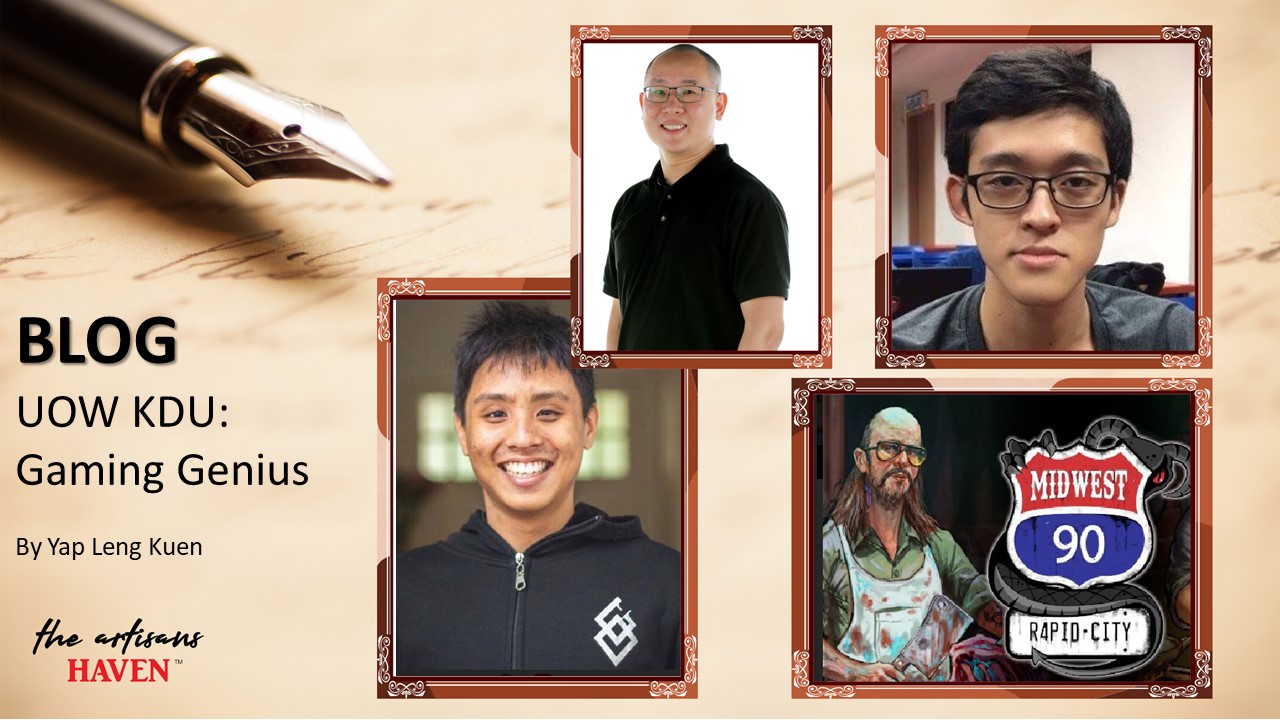 While most parents think that studying games is just playing games, the video games industry is a massive, growing industry and a viable career choice.

Most parents will view it differently when told that there are over 80 game studios in Malaysia and around 400 in South East Asia (SEA).

In August 2019, Malaysia’s Passion Republic Games had unveiled an entirely Made-in-Malaysia game - GigaBash, a multiplayer 3D brawler in which the titanic slap fights between monsters and mechs threatened to flatten entire cities.

At the University of Wollongong (UOW) Malaysia KDU, the Games Department attracts a lot of interest from Malaysian students. 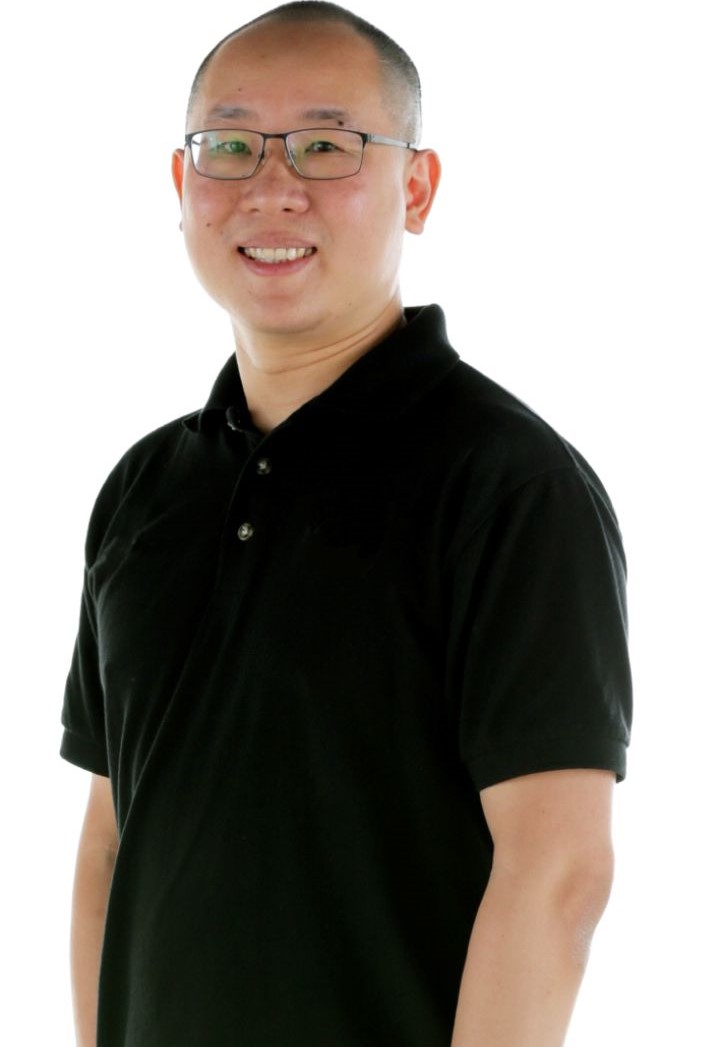 “We graduate around 100 students per year,’’ says Dr Tan.

The philosophy at UOW Malaysia KDU is ‘to study games, you must learn from people who produced games.’

The lecturers include CEOs of their own game studios and people who have worked on the PS3 such as SEGA ALL STARS Racing and Afro Samurai; Storm-riders Online (one of Malaysia’s first massively multiplayer online (MMO) games; concept artist for Dark Souls; one of the founding members of of the Women-in-Games; the founding chairman of the Game Development Association of Malaysia, award-winning narrative designers and many more.

“Through a series of vigorous industry collaborations and academic accreditations, we can proudly say that our syllabus is currently best suited to produce outstanding young game developers that will fulfil today’s industrial needs,’’ says Dr Tan.

In the case of game artists, students have to be good in  observation skills, have a sense of aesthetics and a keen mind to explore the known world.

“For game artists, we are looking for that artistic flair,’’ says Dr Tan. “If you enjoy drawing, reading comics, watching anime, appreciate art in various forms or medium, then the path of the game artist is indeed for you.’’

For game design, the university is looking for students who can write, think creatively and have a passion to create worlds and characters.

They need to be able to propose a theory and put it to the test through rigorous playtesting and perform quality checks before the product is ready to be shipped out.

“For game technology, we basically want students who are good in Mathematics and can code well,’’ says Dr Tan.

Behind those dazzling special effects, the intriguing dialogues, or even the enjoyable game-play system, they are bound together by strict and complex lines of codes.

These codes govern how the game functions, when certain sounds are meant to happen and more importantly, help make the game play smoothly.

Game programming is basically the same as computer science, but the university is looking for students who are passionate about the industry and are creative.

In terms of career prospects, game development is one of the more sustainable growth industries in the region.

At least 80% of the students receive some form of merit-based scholarship, either from pre-university to degree or Year II (SPM, O-Levels) to pre-university or Diploma.

“This year itself, we have over RM9million in scholarships,’’ says Dr Tan.

Since young programmers at the Massachusetts Institute of Technology came up with ‘Spacewar!’ some 50 years ago, the world of video games has exploded into a multi-billion-dollar industry.

Marvel Studio’s mega-epic Avengers End Game, on the other hand, generated US$357 million in revenue on the opening weekend, and US$2.79 billion to date.

In September 2013, within 24 hours of its release, Take-Two Interactive’s Grand Theft Auto 5 had generated over US$800 million in revenue worldwide.

As of December 2019, the game had generated about US$6 billion in sales, making it one of most profitable entertainment products of all time.

It has shipped over 120 million copies worldwide across all platforms.

Bethesda Game Studio’s Fallout 4 sold 1.2 million copies and made US$750 million on Steam, in its first 24 hours of release.

Pokemon Go, the once popular location-based free-to-play augmented reality mobile game, crossed the US$3 billion mark in 2019; first launched in July 2016, it has captured 541 million downloads worldwide, and hit a peak of US$832 million in its first year of release.

Within Malaysia, under the National Transformation Programme, UOW Malaysia KDU was given the task to spearhead a national game development talent initiative.

This initiative called MyGameDev, represented the start of a strategic collaboration between educational institutions, the industry sector and relevant government agencies.

The objective was to create a high-income, sustainable creative economy in the area of game development.

UOW Malaysia KDU is one of two institutions in South East Asia, to be an Unreal Academic Partner under which the programme recognizes universities and schools that have committed to providing high quality educational facilities.

These include an experienced faculty, proven curricula, sufficient facilities and resources to create positive outcomes for students with a wide variety of personal growth and career objectives.

Unreal is a game engine developed by EPIC Games and is considered one of the world’s leading games engine; EPIC Games is one of North America’s major game studios responsible for award-winning titles such as Unreal Tournament, Gears of War and the hugely popular Fortnite.

As one of the premier game development institutions in the country, UOW Malaysia KDU aims not only to build graduates in the field but also talents that will fulfil industry requirements.


More than just a hobby in video games

Three Malaysian video game developers whose first project called Midwest 90: Rapid City, have caught the attention of the US gaming industry for their creative depiction of the American Midwest.

The story, which appeared on the front page of international gaming news, has certainly pushed Alex Tan and Tan Yi Ming - graduates of University of Wollongong (UOW) Malaysia KDU – and Kesh Ganesparan onto exciting plans for their indie video game development studio.

The game itself is in the middle stages of development and securing funds is a challenge amidst the pandemic.

But the trio are determined to see it through the next stages of development, and make the sales.

(The isometric perspective can make a game look 3D).

The setting was inspired by a restaurant, Betty’s Midwest Kitchen in Petaling Jaya; Kesh was eating a burger there when he started to imagine ‘what if there were monsters trying to eat?’

“Our next plan for the community is to get them to be familiar with us and interested in our future plans,’’ says Alex. “I hope we can grow Hidden Chest into the gold standard of an indie game studio in Malaysia.’’

“It was a risk (setting up Hidden Chest Studio) but it was a risk worth taking,’’ says Alex. 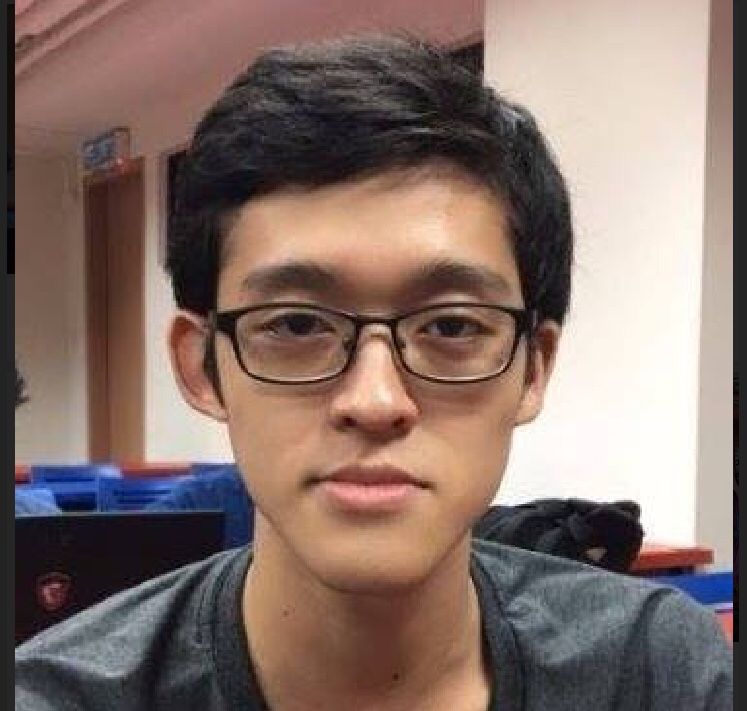 The existence of Passion Republic, Streamline and Metronomik indicates that talent is available in Malaysia.

“It is for institutions like the UOW Malaysia KDU to keep polishing our local talent for that leap into the gaming industry, and for video game companies outside Malaysia to see what Malaysia can offer.

At UOW Malaysia KDU, the classes and learning goals are well-planned and gave us enough knowledge of what to expect in the actual working environment, while the teachers are well-known in the industry,’’ says Alex.

Among his options that included software engineering and computer science, game development had appealed most to Alex. 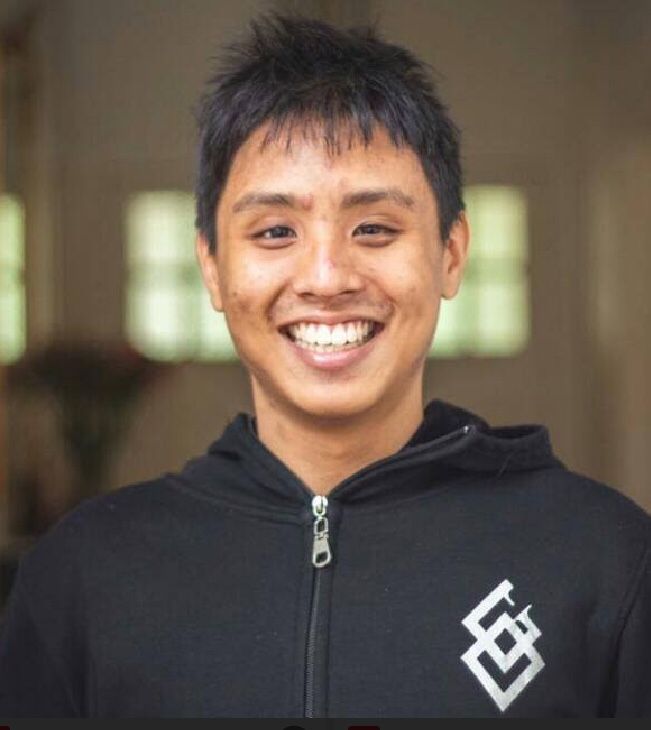 When Yi Ming heard of the Bachelor of Game Development (Hons) Programme, he was really excited.

“I love video games and to be part of a team that made these games was a totally new perspective to me; my goal from then, is to make a video game that could give people nostalgic memories like the games I played during my childhood,’’ says Yi Ming.

Creating a game takes years of research and practice in programming, drawing, 3D modelling and designing; to be a video game developer, you must have the drive, passion and willingness to work hard to achieve the next level of success.

The trio just have the right ingredients for success while they hope for more support for this creative sector. 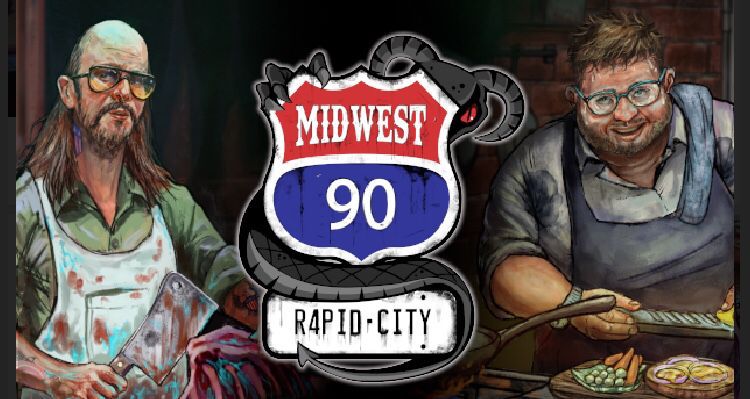 To find out more about them, you can look them up at: 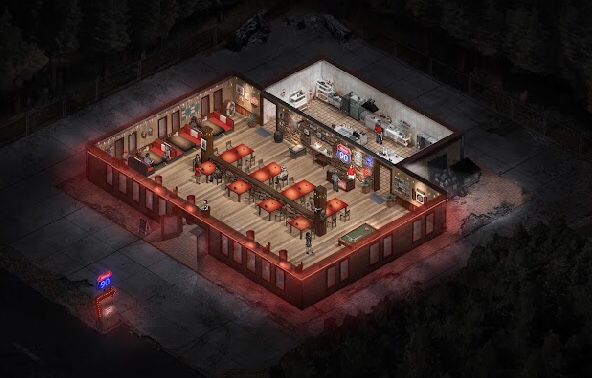 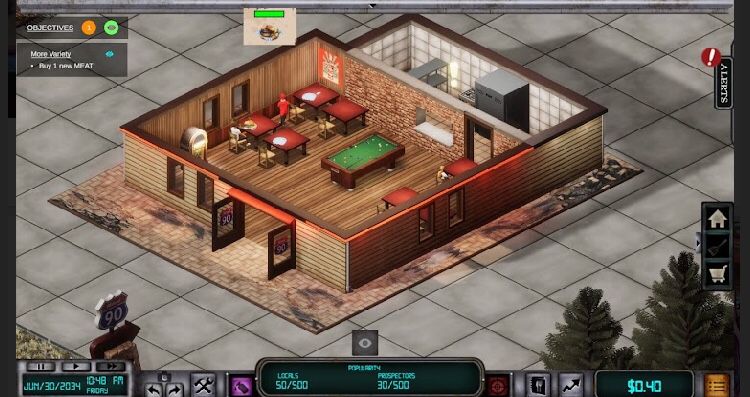 Students of UOW Malaysia have made it big overseas especially in terms of awards and accolades.

NOTES: A good source of applications for scholarships is via scholarships2u.com where student testimonials speak of helpful and effective guidance throughout the application process.

To find out further, check them out at https://scholarships2u.com/institutions/uow-malaysia-kdu/profile 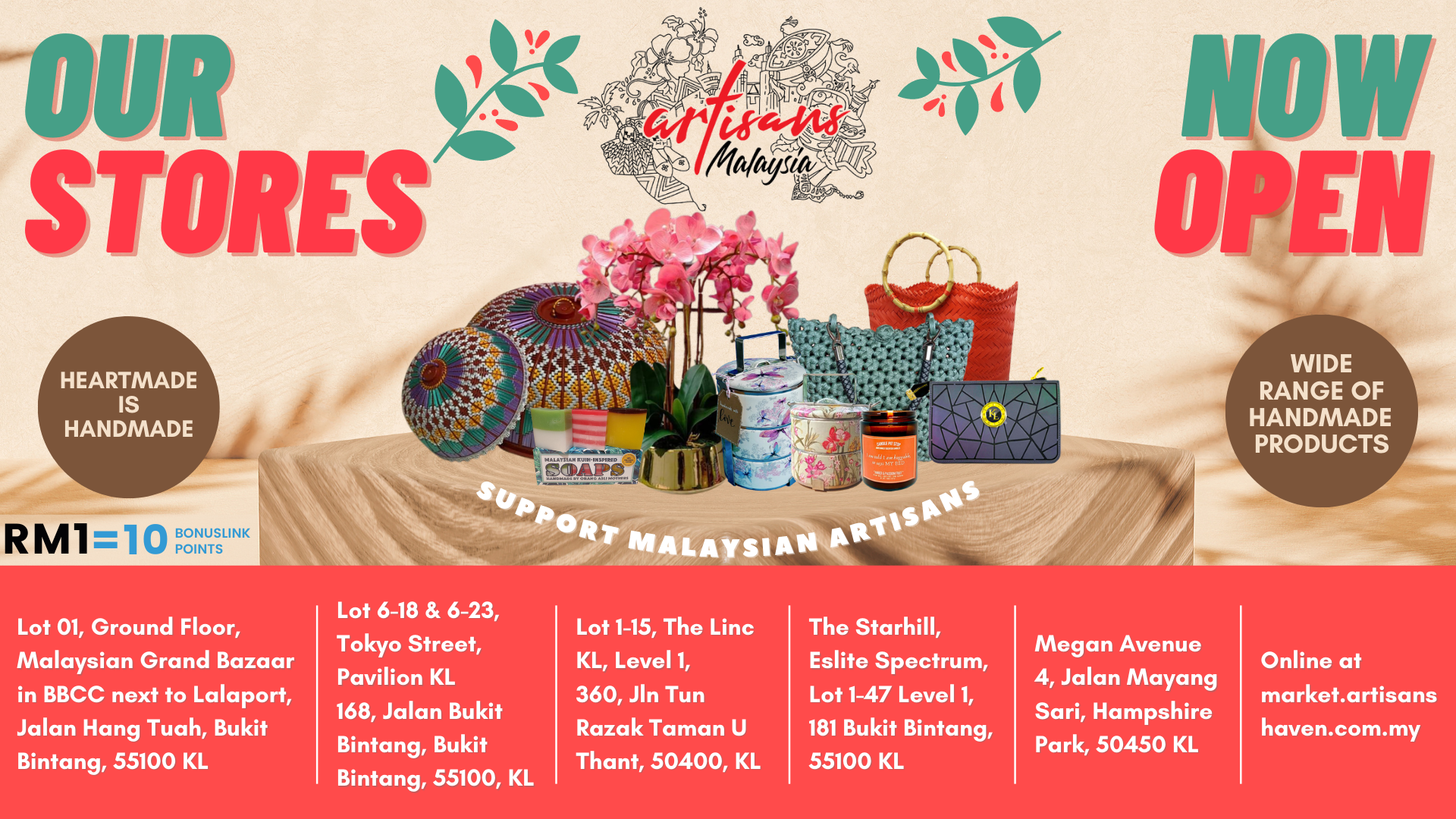