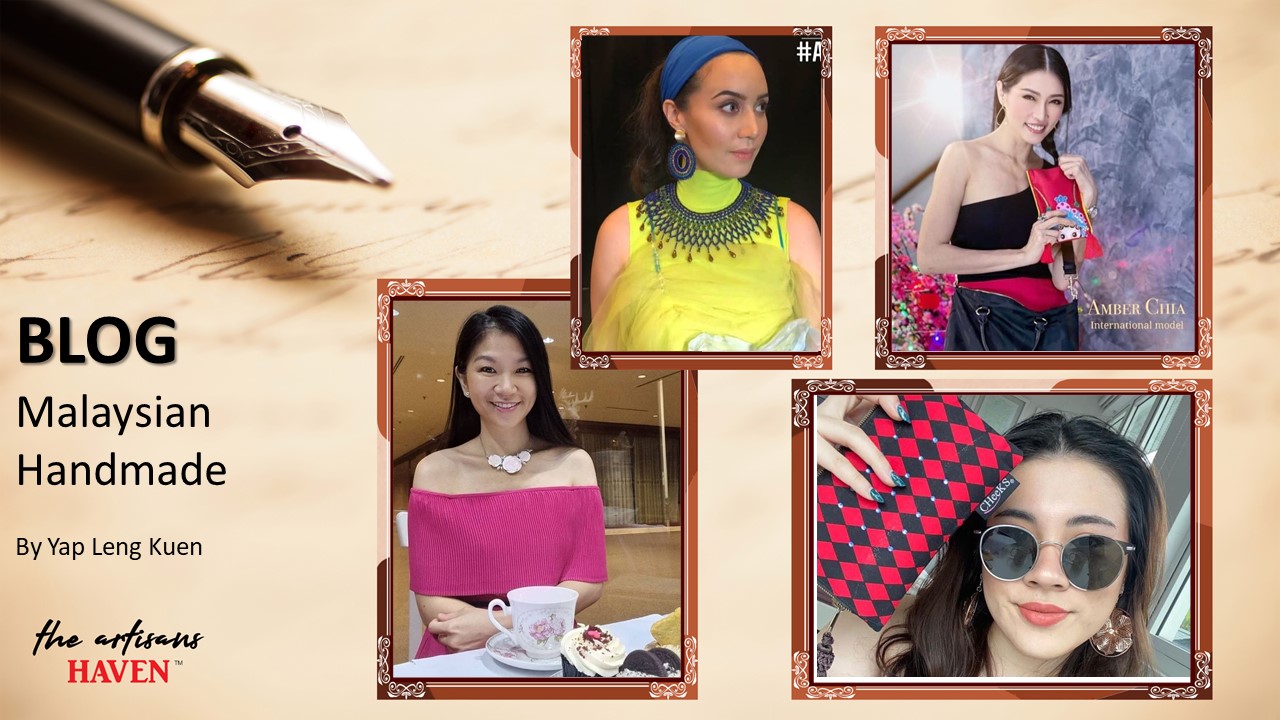 Shop Malaysia Fashion on The Artisans Haven which is specially catered to handcraft and fashion uniquely made by artisans.

Proudly Malaysian, they are working steadily to stand out especially in the international arena, as more people outside the country know about their fine works.

Here, we feature fashion and music from talented artisans and and an award-winning musician. 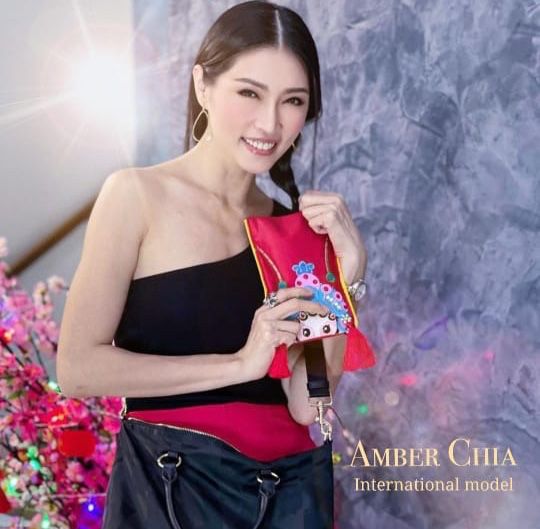 Embroidery, which is the art and process of forming decorative designs with hand or machine needlework, is her specialty.

In the current pandemic, Angeline’s series of satin handmade masks that bring colours of hope into everyday life, have become very popular.

“Younger Malaysians are also inspired to pick up needle and thread, to refine their needle skills and enhance Malaysian talent that has been hidden all along.

“Many Malaysian designers have been working with dedication to make sure that each of their masterpieces can stand out against foreign brands,’’ says Angeline, who is also a children’s fashion designer. 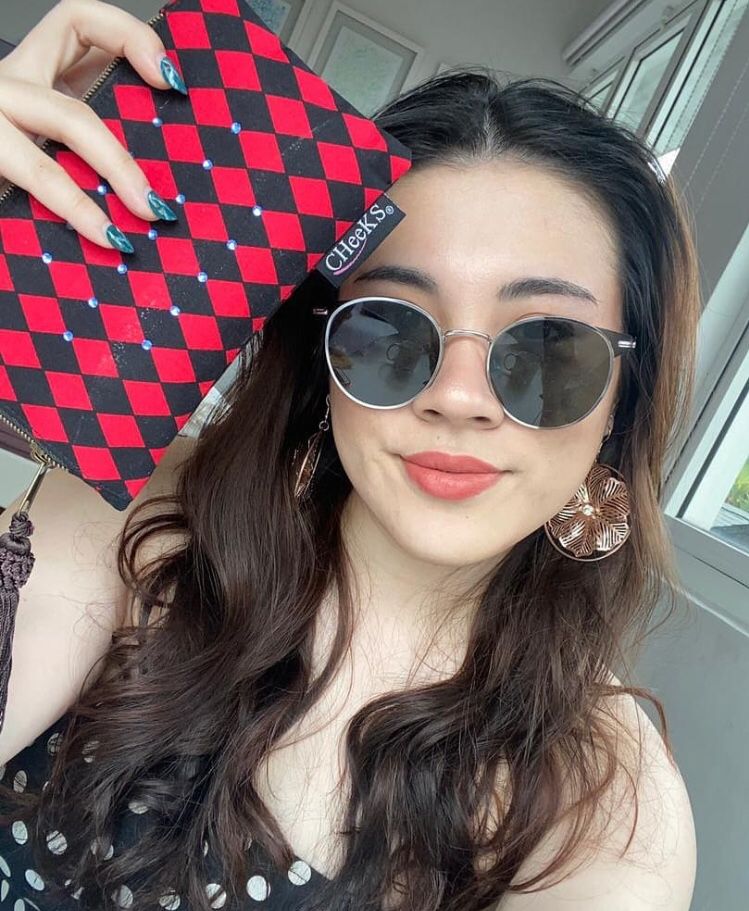 With its tagline ‘Wear An ARTitude,’ GoCHeeKS incorporates many elements of Malaysian multicultural life.

GoCHeeKS PLAY BAG is a versatile bag that you can carry from day till evening, which is reflective of the Asian lifestyle of going to work and attending to social life, all in one day.

“Having been raised in multicultural Malaysia, the vibrant tones, skilled crafts and art scene here is very much a part of me.

‘’And I have infused these influences into my creations,’’ says Li Har.

GoCHeeKS Weave Box Bag is influenced by the Penan art of weaving, while the GoCHeeKS Tote Liplicious Bag takes into account our Asian build and lifestyle which is fast-paced and therefore, requires us to stay versatile.

“Being a small label entrepreneur, we are more sustainable in that we produce to demand, and do not over-stock.

“We also understand the high service expectations of this part of the world, and ensure that our service standards reflect the high quality, and friendly service rendered in Malaysia and Asia,’’ adds Li Har. 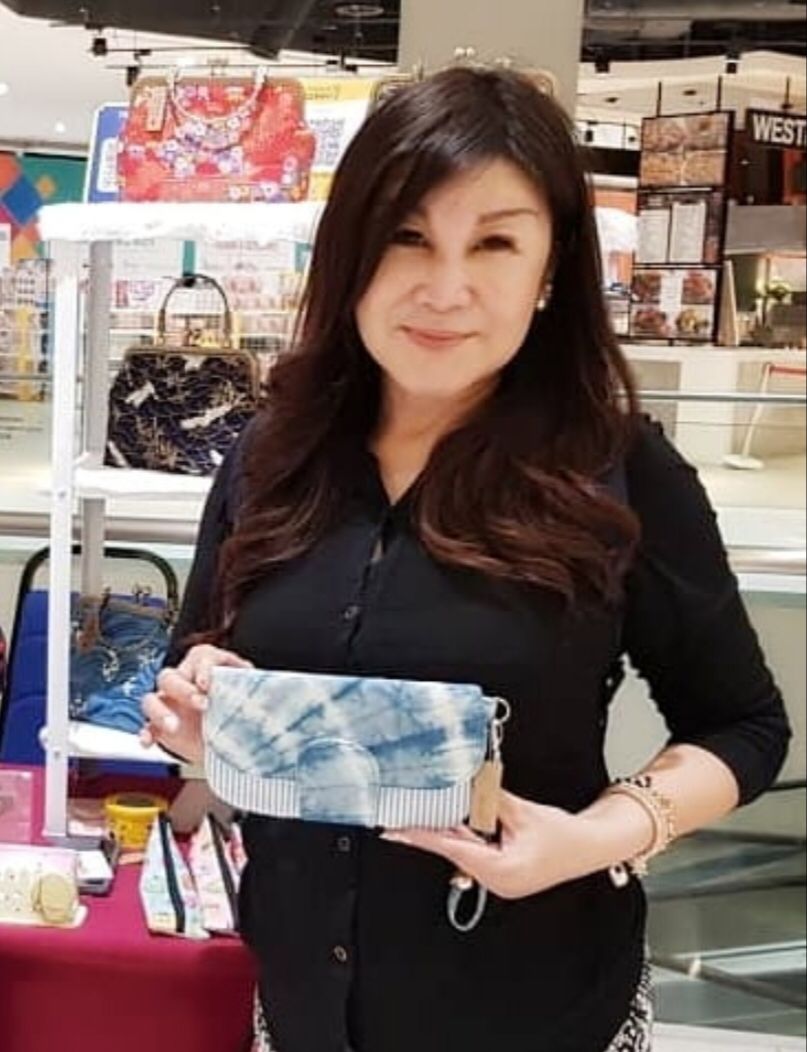 Reflecting the multicultural elements, FlowerloiCrafts has designs that suit the diverse lifestyles of Malaysians.

“My customers are multi-racial.

“Besides coming up with batik designs for bags, I also use indigo tie dye with a batik concept but different patterns, to appeal to different races and the younger generation,’’ says Loi Siau Hui of FlowerloiCrafts.

Tie-dye has recently made a comeback as a fashion trend where colourful and unique patterns are created; the use of indigo dye gives it a distinctive blue colour.

Indigo Shibori framed bags are from Shibori fabric that is dyed with indigo, while the term Shibori refers to the processes applied to the fabric, before dyeing.

Elegant Songket framed bags are also a favourite at FlowerloiCrafts among its multicultural clients. 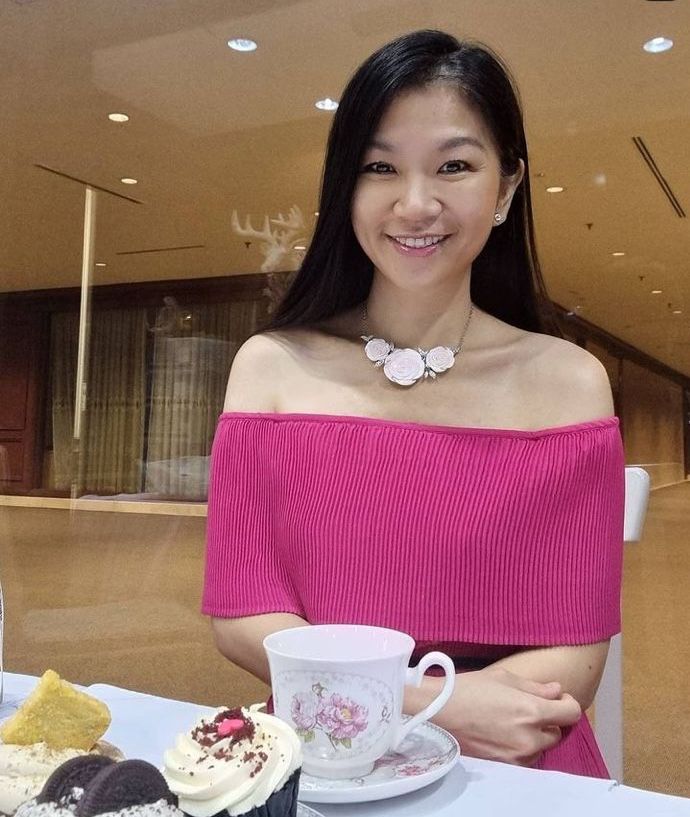 It is not only beautiful, custom-made jewellery that are special at Angie Jewels.

In line with the art of enhancing beauty, advice and consultation via Zoom is offered on topics such as ‘How to look good in 15 minutes,’and ‘Does your jewellery style match your personality?’

Education on jewellery is also conducted on, for example, ‘Lab diamond versus natural diamond’ and ‘Empower your stones and crystals.’ 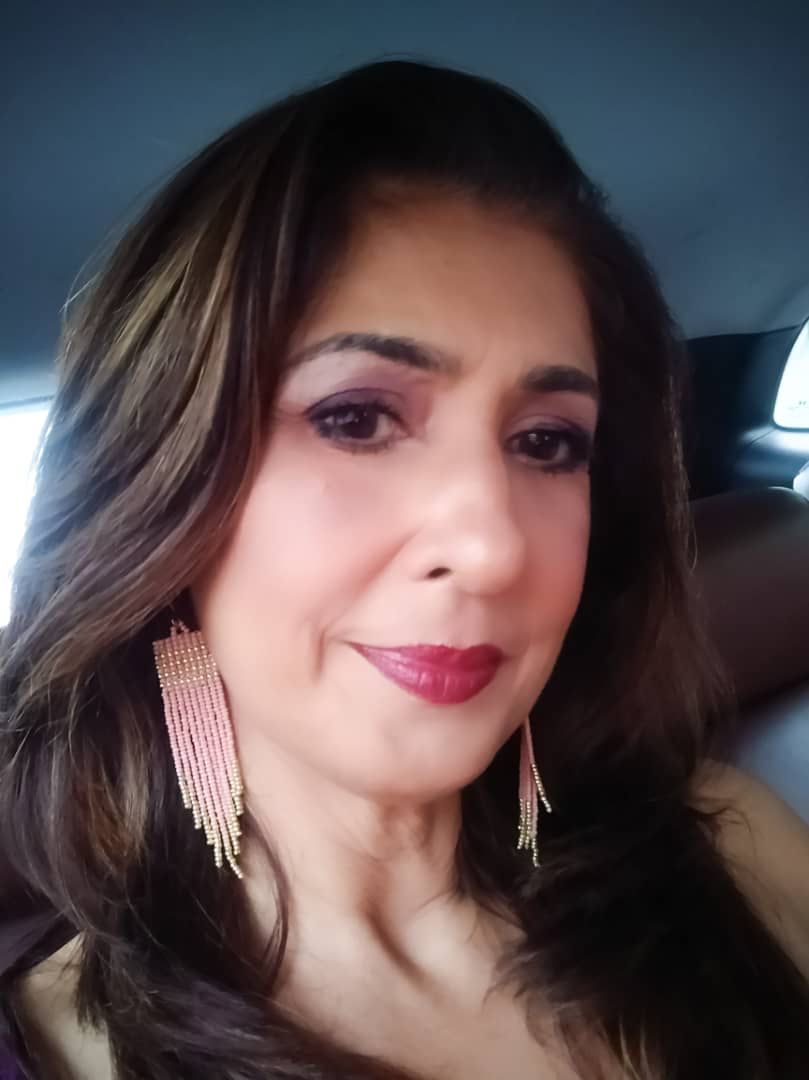 Batik-inspired earrings at Bead-it by Sharm K, is a favourite among its customers.

“Batik painting is a distinctive work of art; when we talk of batik, we know it is Malaysian in origin,’’ says Sharmila of Bead-it by Sharm K.

“I’m happy and honoured that I’m able to create something that is so close to our heritage.’’

From images of flowers, animals and landscapes, her creations come in bold and vibrant colours.

“You do not need to wear any other accessories with them … just the pair of earrings will spice up your look,’’ says Sharmila. 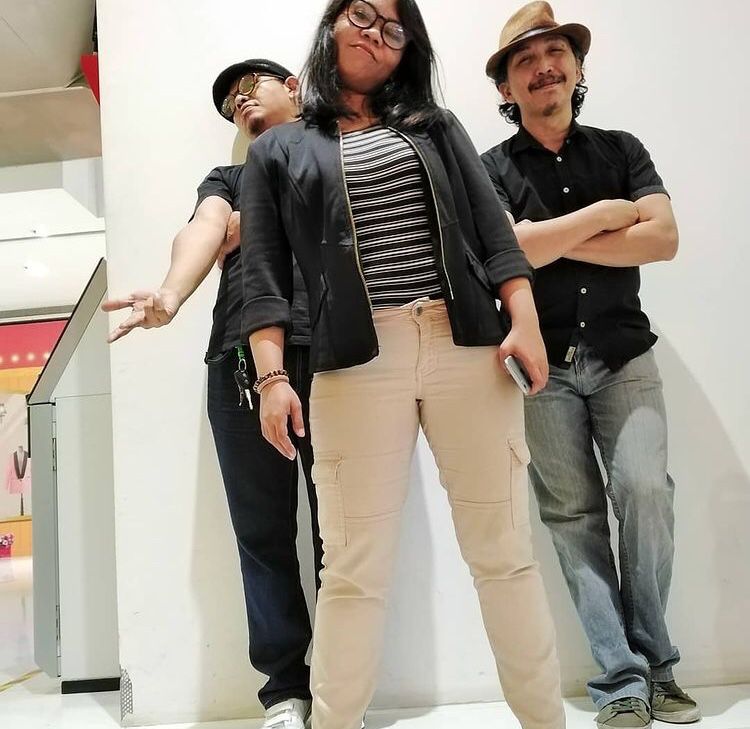 Watch The Albabs – Syed (vocal and guitar) and Liz (vocal) – LIVE every Friday at 4pm at The Artisans Haven Facebook page.

Playing mostly pop and rock songs, the genre that appeals not only to Malaysians but the rest of the world, the duo will entertain you with their broad and versatile range of music.

“The Albabs – Syed, Liz and Bob (guitar, bass and percussion), are in the middle of recordings to produce a few songs as singles, and maybe a full album,’’ says Syed who is no stranger to the local music scene.

Syed and Bob have been in a band called Nitrus; Syed and Liz, who had been a professional pub singer since 2005, had performed at clubs and events before joining other friends in busking.

Last year, Syed and Liz teamed up with Bob to form The Albabs that is busking online at The Artisans Haven.

The Albabs had composed and performed the theme song for The Artisans Haven – Ahoy Artisans, Jiwa Wawasan.

Prior to the pandemic, they were successfully busking in busy locations around Kuala Lumpur; now, they need our support to carry on busking online.

The Albabs had recently enjoyed playing songs by P. Ramlee such as the famous Getaran Jiwa and Bila Larut Malam.

During the 1950s, the late P. Ramlee, together with his late wife Saloma, is regarded to have changed the sound of Malaysian music, by adding modern Western instruments to the traditional Dondang Sayang line-up.

“Lyrically, P. Ramlee stuck with romance as a subject, but his vocal style gave a European inflection to the Arab-based classical traditions of Malaysia,’’ writes allmusic.com, which provides comprehensive music info.

Jacylyn Victor, dubbed ‘Asia’s divette,’ had won the inaugural Malaysia Idol and Ikon Malaysia; she had represented Malaysia in the first Asian Idol and Ikon Asean.

Alif Satar is singer, actor and TV host; he had started his singing career after winning third place in 8TV’s reality singing competition ‘One in a Million,’ at its inaugural season in 2006.

Syed, together with a few others, had formed Nitrus in 1999; their famous songs were Kamu, Resah, Sisa and Cinta.

Bob had subsequently joined Nitrus, along with a few others, in 2002, and he played bass.

Nitrus was among the first batch of local bands that brought modern rock music of the 90s, into the Malaysian music scene which, even in the late 90’s, was still dominated by the rock style bands of the 80’s.

“We worked independently, and were not attached to any record label,’’ says Syed.

Nitrus and its peers had started this movement called ‘indie rock’ in Malaysia which was not so much a genre of music, but comprised bands that were not only making music, they also owned the rights to their music through entrepreneurship.

Bands had subsequently started setting up their own record companies, producing and distributing their own music.

Indie rock was started in the UK and US in 1970s, which was the new type of music coming from smaller, independent record labels or bands.

Popularly associated with these labels are U2, REM, Red Hot Chilli Peppers and The Police.

It will be exciting to see when The Albabs, with their long experience in the local music scene, will unveil their original works.

So watch this space and shop Malaysia Fashion and Music.