Promoting scholarships in the arts

There is room for growth in the study of the arts and more students should take advantage of scholarships available.

While there is now more diversification into the arts from core vocations such medicine, engineering, IT, law and business, there could be higher interest shown in the arts.

“Out of 30 students applying for scholarships and enrolments, there may be 10 or 12 opting for engineering and IT; 12 for business; three to four for medicine and only one to two for the arts,’’ said scholarship platform Scholarships2u (https://bit.ly/3bl746p) managing director Matthew Gan.

Among some of the favourite courses chosen by arts scholarship students, include the performing arts, music, design and animation.

“In developed countries, the arts is a big concern and have become a viable career choice as they are well-supported by people who pay to attend their concerts and performances,’’ says Matthew.

Following an initial batch of four students (three taking the basics of acting and one, the basics of voice modules), The Artisans Haven is planning to undertake a second round of scholarships.

“We are supporting young talent who want to study arts and performing arts, and decided to work with Enfiniti Academy; they are dynamic and creative, and there’s true passion in what they do.

“To facilitate the process of awarding the scholarships, we offered them through Scholarships2u who took away all the administrative work,’’ says The Artisans Haven co-founder and curator Jade Lee.

Delighted with the success of the first batch of scholarship holders, The Artisans Haven is planning to nurture more young talent.

One of the students, Eshan Nandan Roy, is helping The Artisans Haven host events.

“We are glad that The Artisans Haven is sponsoring these arts scholarships; we would like to be the joint-promoter again and we also thank Enfiniti Academy for providing quality education and promoting the arts with passion,’’ says Matthew.

For the first round of scholarships, Scholarships2U posted the application criteria that included, among other things,

Other arts scholarships arranged by Scholarships2u, in Malaysia, include those to study at LimKokWing University of Creative Technology, Kolej IACT and ONE Academy.

International arts scholarships are available for Wells Cathedral School and Fine Arts College in the UK, LaSalle College in Canada, International College of Liberal Arts at Yamanashi Gakuin University while the US scholarship for fine arts and creative writing, is at Wilkes University.

With its tagline Scholarships Made Easy , Scholarships2u makes it easy, effective and efficient for students to apply for scholarships.

Year in, year out, scholarship dollars go unclaimed, as people think that it is difficult to apply for one.

They can actually just log in to scholarships2u.com which is a one-stop center for scholarships in the arts, business, sciences, sports and e-sports.

The application process is free of charge and schools are open-ended regarding quotas; students should take advantage of these benefits and start applying.

Of course, there are other expenses to pay for, but getting a scholarship does take off a large part of the financial burden.

As the saying goes, where there’s a will, there’s a way; students will often strive to find the means to meet these expenses  in order to get that coveted arts education and land that dream career.


The world is your oyster, go for it!

“Why then, the world’s mine oyster, which I with sword will open.’’

You’re young … you can take the opportunities that life has to offer.

Make the best out of it!

We interview four scholarship holders in the arts at Enfiniti Academy (https://bit.ly/33M2CJg) and one student whom Scholarships2u helped to get to the college of her aspirations – the LaSalle College of the Arts in Singapore.

They spoke of their interests in the different artistic fields, their aspirations and shared their views on the budding art scene in Malaysia. 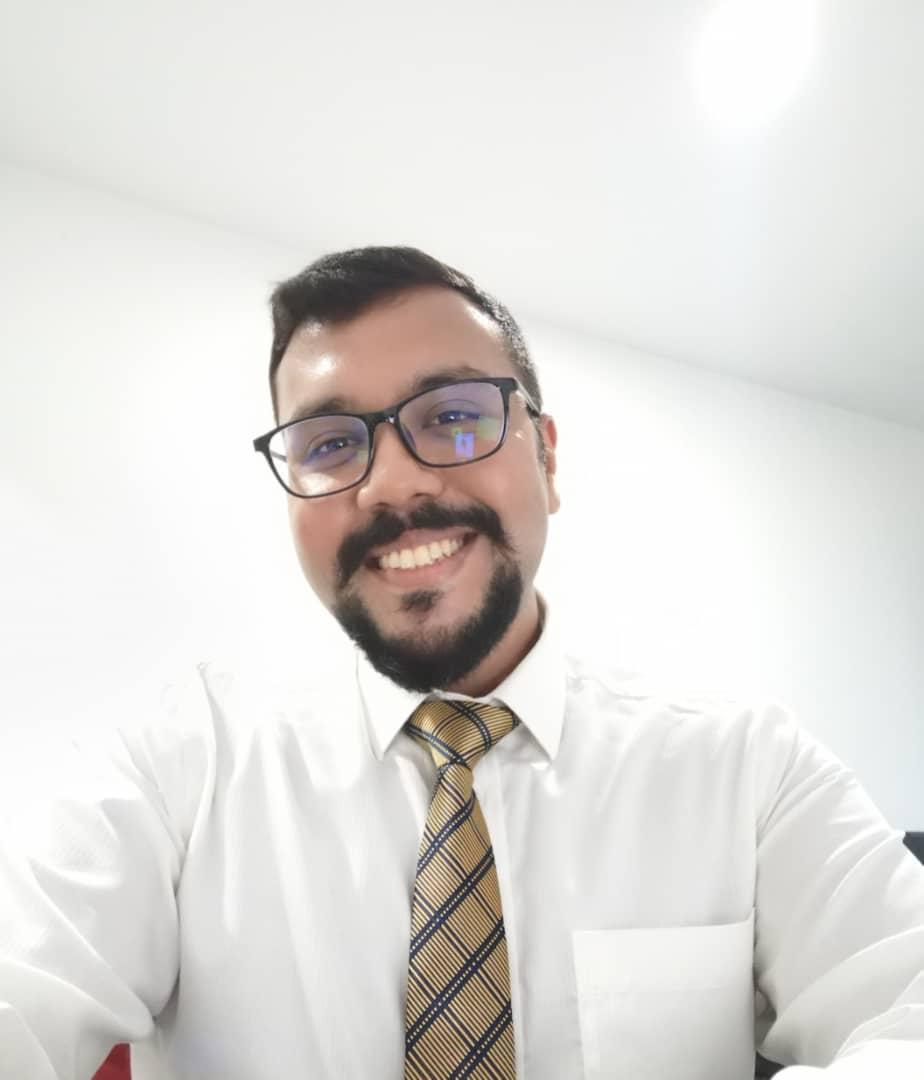 Eshan Nandan Roy aims to explore further into the field of vocals and music as well as tap into his talent for acting and comedy.

“I have a deep yearning to pursue the performing arts and see how I can potentially establish myself in this industry.

“My music guru once told me that the stage is your best teacher; any opportunity I have to perform on stage is a learning opportunity and blessing,’’ says Eshan.

At the basics of voice course at Enfiniti Academy, Eshan has already learned different techniques to control his voice for better clarity and quality.

“Enthusiastic and bubbly, Tria is careful to point out on any areas for improvement,’’ says Eshan.

Eshan is a partial scholar, as he holds a full-time job as an ICGSE history and geography teacher at Global Indian International School.

When he was 13, Eshan had started learning the tabla, and developed an interest in all types of percussion instruments, and even conducted drum circle sessions with community organisations.

Eshan was once part of a band called Zest Bengal and was the percussionist and vocalist.

Eshan notes that graduates are often pressured by family or society to pursue a course that they are not entirely interested in; a stable career is necessary for survival but does not feed one’s creative soul.

“Enfiniti provides an outlet for closet creatives to step out into something new and exciting; many Enfiniti graduates have gone on to very successful careers in the arts,’’ says Eshan who regards his mother, a singer on TV shows before, as his muse. 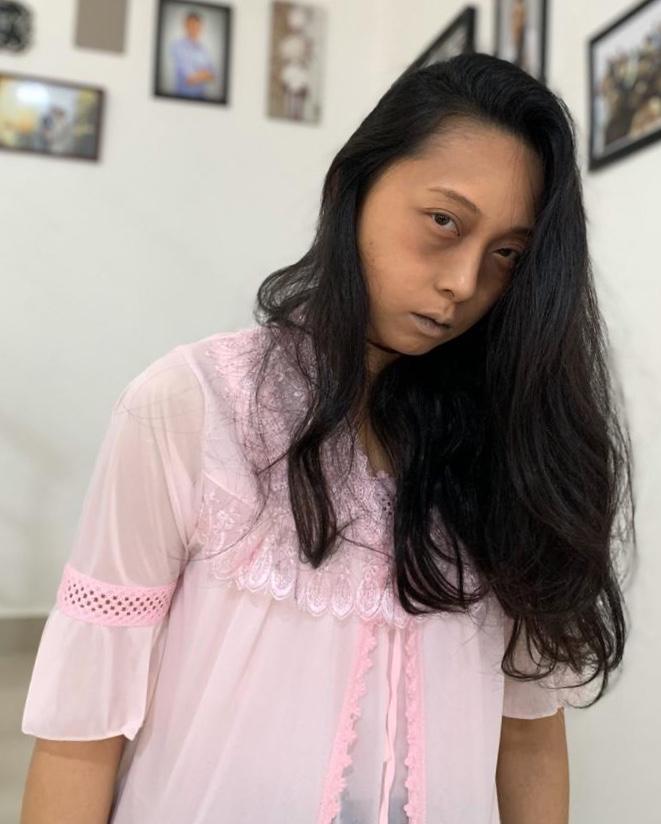 Renee Loke will continue to work as a freelance actor after she completes the course in basics of acting at Enfiniti.

She is ‘thoroughly enjoying the class at Enfiniti; it’s very hands-on and the teachers are very happy to answer questions related to acting.

“That’s definitely helpful for a working actor like me,’’ says Renee.

A level of commitment is required to pursue the three-month course; there’s a group project at the end of the course, to perform.

“It may sound daunting but it’s fun,’’ says Renee.

From her working experience, she saw the need to constantly improve her acting skills, unlike initially, she had thought acting was just a matter of memorizing lines.

“From then on, I became determined to polish my skills, be it via online or attending short acting workshops,’’ says Renee.

Currently, she’s dabbling in some creative writing, and hopes to publish some short stories soon.

In her schooldays, Renee had been involved in a girl’s marching band until high school.

“I see opportunities for graduates in my field to build a career in the arts, for example, they can create their own works on YouTube.

It requires a lot of courage and determination to create that door of opportunity; if ever in doubt, let your dreams be bigger than your fears!, says Renee. 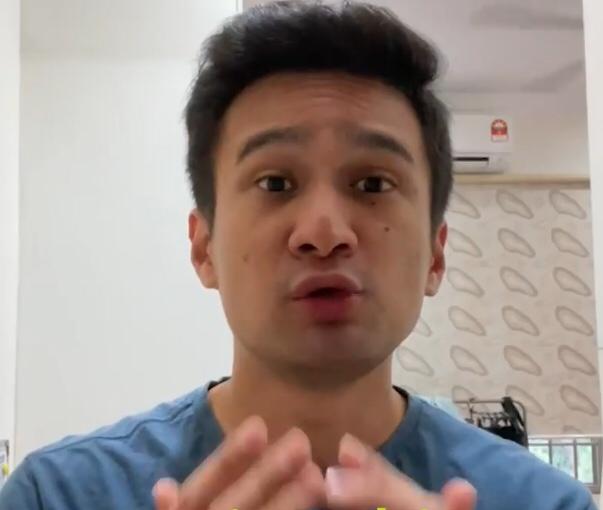 To Amir Izwan Rahim, the sky is the limit in terms of career options for performing arts students in the age of social media and smartphones.

If you can’t find a traditional acting job for film or the stage, you can produce and write your own content on various social media platforms; to start with, all you need is a phone.

With Covid-19 disrupting everything, it’s important to create your own content instead of just waiting for one.

“People all over the world will see it as well and who knows, you might get an opportunity elsewhere.

“You just got to get yourself out there and make yourself known; most importantly, never give up … never stop hustling,’’ says Amir.

His course in the basics of acting, which started in February, will end this month.

“Potential scholarship recipients must have full commitment in order to learn and gain from the experience offered by Enfiniti,’’ says Amir.

His interest in the arts has brought him from a Diploma in the Performing Arts, learning about film and theatre, at Sunway University to a Bachelor’s degree in film and digital media at Deakin University in Melbourne, and a Masters degree at the New York Academy in Los Angeles where he took the acting for film course.

Amir has been interested in acting since high school where he took part in several plays; after he finished school, he did several TV commercials and short films.

“Taking acting courses many times helps me to adapt to a new environment and work with different people .. which is what every actor, singer, director, writer and producer goes through in the real world,’’ says Amir. 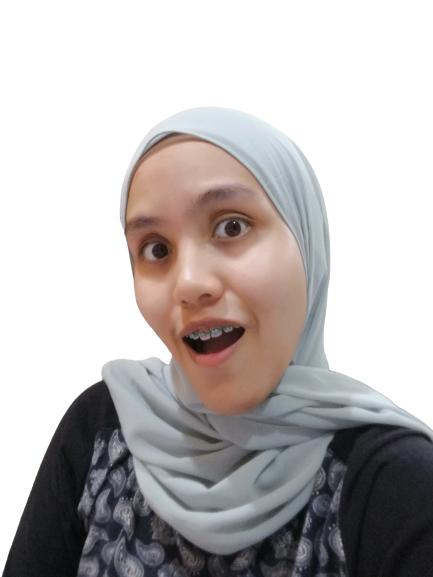 For Nur Afiqah Azizan, her career options after completing the basics of acting course at Enfiniti are not just limited to being an actor who performs on stage or in front of the camera.

“I can still put what I’ve learnt into practice in other fields. What was taught would definitely come in handy for presentations, public speaking and such,’’ says Afiqah.

She finds the course at Enfiniti ‘practical, comprehensive and fun.

”Immersing myself into acting lessons by Konstantin Stanislavski, which are presented in a ‘diary’ from the perspective of a fictional student, has allowed me to see the bigger picture in acting,’’

The Stanislavski method is still used by actors all over the world; his actor training system is designed to help actors create believable characters and place themselves in the role of those characters.

Besides the theory, Afiqah also enjoys the execution part of the course.

“From warm-up techniques to delivering the performance itself, it has been an elightening journey,’’ says Afiqah.

The future holds many opportunities.

“Besides the possibility of getting cast for a show, film or play, we can also create opportunities for ourselves especially with content creation becoming a big thing these days.

“We have a variety of remarkable platforms that give us the space to continue practising our craft,’’ says Afiqah. 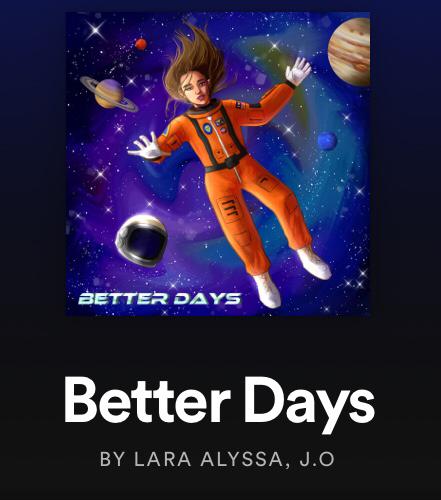 Bound for Singapore, to the La Salle College of the Arts, is Lara Alyssa who had loved the performing arts since she was a kid.

Her aspiration is to perform on stage musicals and plays on Broadway or the West End, be on TV shows and movies that ‘really speak to people asw ell as bring in new and creative ideas.’

At the LaSalle College of the Arts, she aims to explore and expand her knowledge in the arts.

“There is so much for me to learn and I am eager to mingle and be taught by well-known members of the performing arts community,’’ says Lara.

Lara has made her debut as singer-songwriter with her song – Better Days – which can be heard on Spotify, Apple Music, iTunes and all the major streaming platforms.

With her love for music, Lara had started writing and composing songs, and reached out to a music producer who had worked with several Malaysian artists.

“It’s my debut as singer-song writer, so I’m pretty much on Cloud Nine and excited to create more music,’’ says Lara.

As a kid, Lara would dress up and perform to her parents and stuffed toys in the living room of her house.

She was in three Enfiniti shows – Seussical the Musical, Aladdin: A Musical Comedy and Aladdin: Reloaded.

She was then an intern for a TV production company which was working on a show called ‘Keluarga Baha Don on Viu, the streaming media that is available in 16 markets across Asia.

She managed to nab a role in that show, playing ‘Kebaya Lui,’ after that, she played the main role of Lucinda in a play by Pop Up Theatre called ‘I Stole Satan’s Girlfriend.’

Such are the dreams and rich backgrounds of our students of the arts.

May they be joined by more students with varied interests in the diverse field of the arts.

Check more stories about artisans and local business at https://bit.ly/3tOIiRT

Or Visit the artisans and their stores at https://bit.ly/38kkg9s

Or Check out the promotions at https://bit.ly/2QpC3GJ 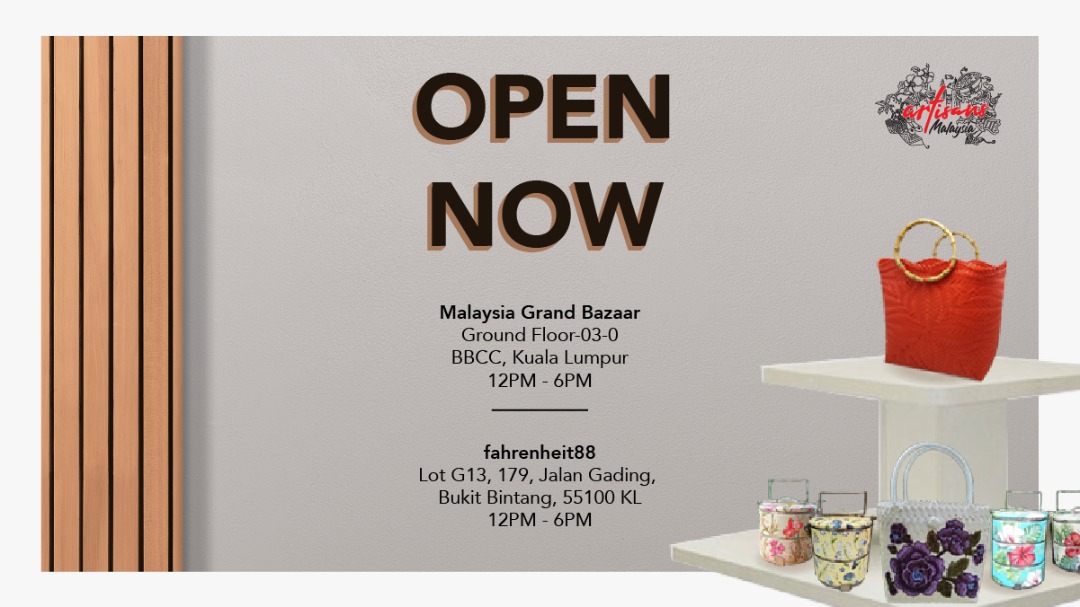